Abstract: The core idea of the research described in this paper is that the processes of self-organization commonly called „swarm intelligence” can be triggered by creating – through the collective effort of the whole population of agents – a „global cognitive map” derived from the interaction between the agents and the environment, and shared by all agents. We focus on multi-agent systems with human agents, and explore the technological means to automate the process of creating and sharing such cognitive maps, with the aim to induce controllable self-organization of the behaviour of the agents.

After several decades since Marshal McLuhan coined the term “global village” to describe the impact of the new computer and communication technology on our lives, there is a fast growing body of evidence that this impact goes far beyond any expectation.

We are a gregarious species, and the increase of the intensity of social interactions is linked to physical and physiological modifications of the brain ([8]). It seems that the Internet and the social networks literally change our physical brains, not just our habits.

Therefore, the true consequences of this unprecedented expansion of the communications in the Internet era are yet to be evaluated.

In this paper, we explore the inter-human communication from the perspective of multi-agent systems (MAS), and self-organization.

One key concept for understanding the technologically mediated interactions between people is “to share”. We share more than pictures and music preferences on Facebook: in a general sense, we share a common environment, which may include the IT infrastructure we use, and also any other physical, logical or cultural elements we can sense, and influence through our activity (see Figure 1). 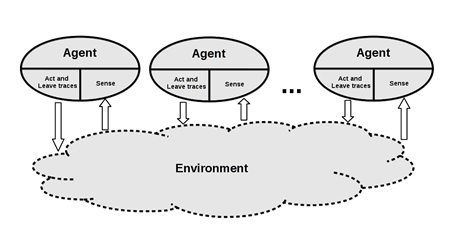 Figure 1. The core mechanism of stigmergy

This mechanism of indirect communication and coordination by means of traces created and sensed in a shared environment has been called “stigmergy”. It was first described by Grasse ([9]), and later raised a great deal of interest as key factor of the “swarm intelligence” ([2]).

Valuable and extensive analyses of the mechanisms of stigmergic interactions in multi-agent systems (MAS) are available in ([10], [18]).

In this paper, we discuss the stigmergic interactions between human agents from a slightly different perspective: we consider the case when the agents share not just a common environment, but also some mental representations thereof – cognitive maps.

The core idea of the research described here is that the processes of self-organization called „swarm intelligence” can be triggered by building – through the collective effort of the whole population of agents – a „global cognitive map” stored in the distribution of traces created by the agents in the environment.

We outline the elementary operations and the technological means to automate the process of creating and sharing the collective cognitive maps in order to induce stigmergic behaviour in human MAS.

Apart from this introduction, the paper is organized as follows: